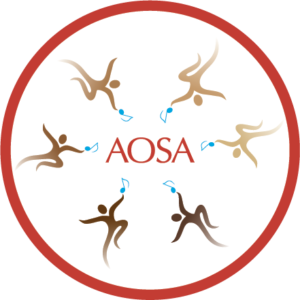 AOSA is committed to supporting a diverse and inclusive membership, promoting an understanding of issues of diversity and inclusion, and providing teaching and learning resources that respect, affirm, and protect the dignity and worth of all.

The AOSA Song Selection Statement highlights the importance of researching the historical context and implications of the songs we use in our classrooms.

Do you have questions about presenting music from cultures other than the one with which you identify? It is best to JUST TRY. You will learn as you go. Begin by talking with the children in your classes who have ties to cultures different than your own.

For those who wish to present their culture and/or their knowledge of a culture within AOSA and beyond:

As you watch others, remember that learning first hand from a person of a particular culture is invaluable. Your contributions to the learning of all of us are truly important. Perhaps the quality of your own work will propel you to a local, state, and national level and your application to present at our conferences can be considered.

Affirmative Action is a federal agenda initiated in the 1960s that is designed to counteract historic discrimination faced by ethnic minorities, women and other underrepresented groups. To foster diversity and compensate for the ways such groups have historically been excluded, institutions with affirmative action programs prioritize the inclusion of minority groups in the employment, education and government sectors, among others.

Awareness involves evaluating demographic data, print and visual materials for attention to diversity; addressing individual concerns and questions of harmful language or behavior, including ethnic celebrations along with traditional Western occasions; adding curriculum units of study on particular groups of people; and raising critical questions and fostering an environment in which others will also be respectful of diversity.

Culture – In a society, culture is defined as the beliefs, way of life, and art and customs that are shared and accepted by people in a particular society. In a group, it is the attitudes and beliefs about something that is shared by those people in an organization or in the group. The culture of a group is not limited to but may include: age, religion, sexual orientation/gender identity, race, ethnic ancestry/heritage/country identity, transient students, socioeconomic status, cognitive abilities, and physical challenges.

Cultural Appropriation – Taking intellectual property, traditional knowledge, cultural expressions or artifacts from someone else’s culture without permission. This can include unauthorized use of another culture’s dance, dress, music, language, folklore, cuisine, traditional medicine, religious symbols, etc. It is most likely to be harmful when the source community is a minority group that has been oppressed or exploited in other ways or when the object of appropriation is particularly sensitive, e.g. sacred objects.

Cultural Competency -(also known as Cultural Proficiency and Cross-Cultural Competency) Simply put, Cultural Competency is the ability to learn and utilize the skill to communicate effectively across cultures. One’s culture reflects the belief systems and behaviors towards race, ethnicity and other factors, such as sex, age, sexual orientation, and physical ability. Cultural competency is an inside-out approach that makes explicit the values and practices that enable both individuals and schools to interact effectively across cultures. Becoming culturally proficient means raising awareness of and closing the gap between a person’s expressed values and how he or she is actually perceived and experienced by colleagues, and the community. To achieve proficiency, individuals must align their values and philosophies with their daily practices to create inclusive communities.

Equality refers to equal opportunity. It is defined as access to channels of communication and sources of information that is made available on even terms to all. A level playing field is derived from the concept of fairness as uniform distribution.  In this definition of equality no one person has an unfair advantage. Equality does not ensure an even playing field; it simply provides everyone with the same tools and resources. All people should be treated similarly, unhampered by barriers, prejudices or preferences except when particular distinctions can be explicitly justified.  Positions should go to those “most qualified”, and not to those for reasons such as circumstances of birth, upbringing, friendship ties in power, religion, sex, ethnicity, race, caste, or involuntary personal attributes such as disability, age, gender, or sexual orientation. Everyone should have an equal chance to compete within the framework of the goals and the structure of the rules. Individuals should succeed or fail based on their own efforts and not extraneous circumstances.

Equity is a measure of achievement, fairness and opportunity in education. Equity recognizes that some are at a larger disadvantage than others; therefore it aims at compensating for misfortunes and disabilities in order to make sure that every person is capable of attaining similar types of lifestyles. Equity is awareness of the uneven playing field of many. It aims to take extra measures to give those who are in need more than others who are not in as much need. Equity aims may come at the cost of unequal distribution of access and goods. The growing importance of education equity is based on the premise that now, more than ever before, an individual’s level of education is directly correlated to the quality of life he or she will live in the future.  Inequity in education is challenging to avoid and can be broken down into inequity due to socioeconomic standing, race, gender or disability.

Globalization is a process of interaction and integration among the people, companies, and governments of different nations, a process driven by international trade and investment and aided by information technology.

Identity – One may define identity as the distinctive characteristics belonging to any given individual, or shared by members of a particular social category or group. A psychological identity relates to self-image, self-esteem, and individuality. “One’s ethnic identity is defined as that part of the totality of one’s self-construct made up of those dimensions that express the continuity between one’s construct of past ancestry and one’s future aspirations in relation to ethnicity” (Weinreich, 1986)

Implicit Bias (also known as Hidden Bias or Unconscious Bias) can be described as particular tendencies, trends, inclinations, feelings or opinions, especially ones that are relatively unconscious, preconceived or unreasoned that guide automatic judgment, social behavior, quick actions and decisions. Most striking and well-known research has focused on implicit attitudes toward members of socially stigmatized groups, such as African-Americans, women, and the LGBTQ community, yet here are many examples of positive and negative implicit bias in life. Implicit biases can activate without intention and/or without being explicitly controlled. Everyone is susceptible to implicit biases whether positive or negative. (Read more about implicit bias.)

Inclusion is about focusing on the needs of every individual and ensuring the right conditions are in place for each person to achieve his or her full potential.

Multiculturalism is a quality of life characterized by acceptance and inclusion. It is manifested in the school:  Climate, Curriculum, Shared community values, and Integration of multiple identities.

Stereotypes are qualities assigned to groups of people related to their race, nationality and sexual orientation, to name a few. Because they generalize groups of people in manners that lead to discrimination and ignore the diversity within groups, stereotypes are limiting and tend to focus on outer appearance and certain behaviors without making attempts to understand the person within.

Stereotype Threat is a situational predicament in which people are or feel themselves to be at risk of confirming negative stereotypes about their social group (Inzlicht, Michael 2011). If negative stereotypes are present regarding a specific group, group members are likely to become anxious about their performance, which may hinder their ability to perform at their maximum level.