AOSA  congratulates the following people who were honored with awards at the 2017 Professional Development Conference in Fort Worth. Please click on the links below to learn more about these people who have given so much to AOSA. 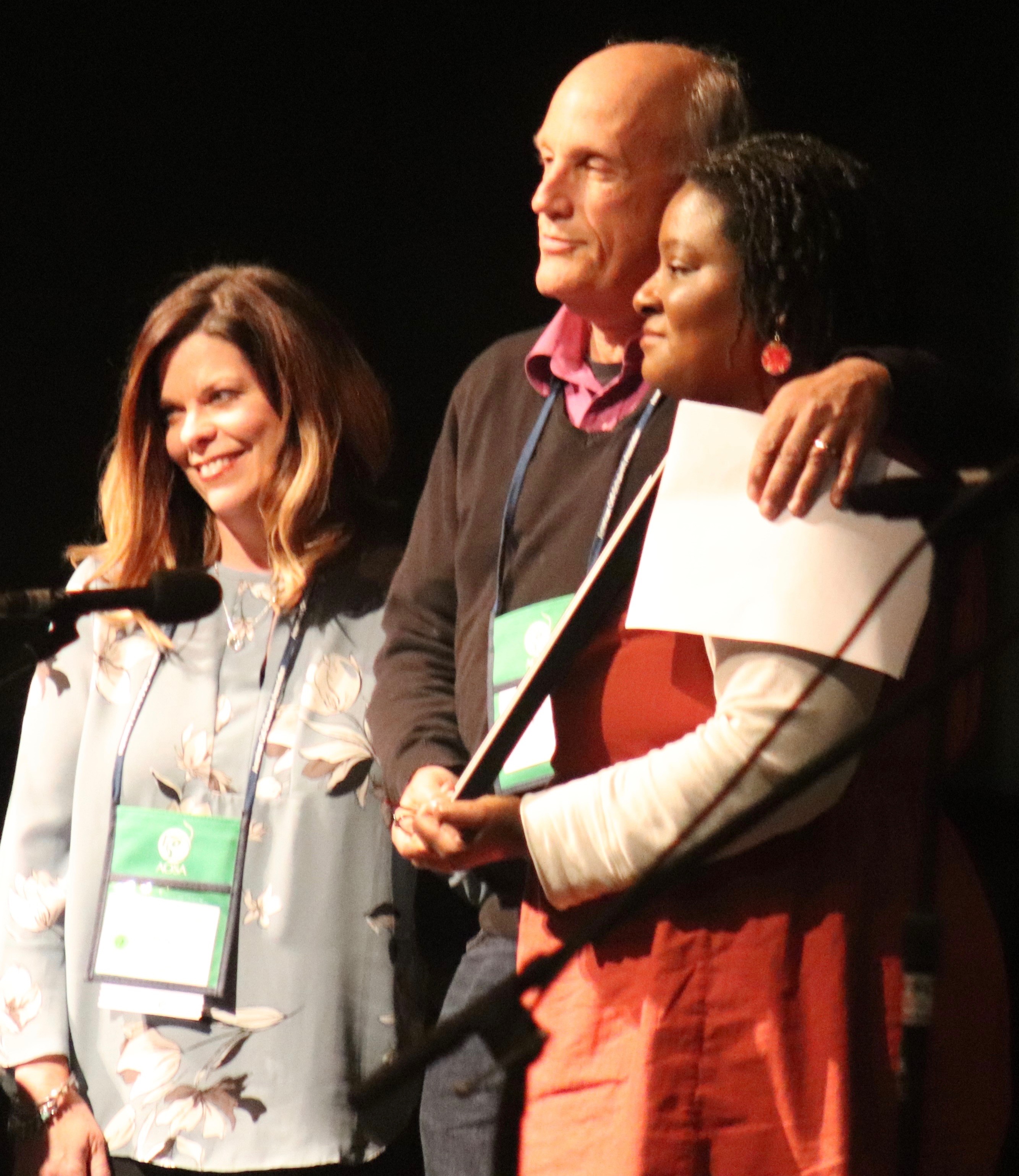 The Distinguished Service Award for 2017 was given posthumously to Avon Gillespie. Avon’s daughter Robin was in attendance to accept the award. Pictured with Robin is AOSA President Tiffany English and Doug Goodkin offered a moving tribute to Avon. Avon Gillespie – 2017 DSA Recipient Arnold Burkart was honored as the recipient of the Distinguished Service Award in 2014. Arnold was unable to attend the conference in 2014 and was greeted with an enthusiastic standing ovation at the 2017 conference. Pictured with Arnold is AOSA President Tiffany English and Arnold’s wife. Honoring Arnold Burkart Past President, Joan Stansbury was presented with Honorary Membership in AOSA by current president, Tiffany English.