AOSA reports with great sadness that honorary member and 2001 Distinguished Service Award recipient, Betty Jane Lahman passed away October 26, 2018. A member of AOSA for its entire 50 years of existence, Lahman was instrumental in the spread of the Schulwerk across the United States. A co-founder of the Cleveland Area Chapter, she is remembered as a great motivator, always inspiring confidence with such phrases as “You can do this.” She was a co-creator of the Orff at Orange workshop and a master Orff Schulwerk educator who studied at the Orff Institute in Salzburg, Austria.

Among her many hours of servant leadership with AOSA, BJ was instrumental in the development of the AOSA Endowment Fund. She authored the language on the fund’s usage and was one of the major donors to its establishment. She did much of her work behind the scenes and without fanfare, promoting Orff Schulwerk above herself. 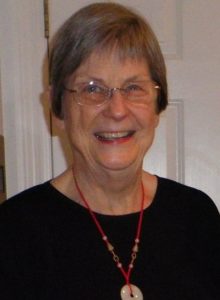 Funeral arrangements are November 7, calling hour at 12noon with a brief service at 1pm at Munz-Pirnstill Funeral Home, Bucyrus OH, followed by burial at Brokensword Cemetery. In lieu of flowers, donations can be made to the Greater Cleveland Chapter AOSA, Lahman Fund, c/o Angie Perrine, Treasurer. The fund supports the instrument loan program for Cleveland Area teachers.