Kerri Lynn Nichols has been a teacher of Orff-Schulwerk for twenty-eight years, receiving her Master 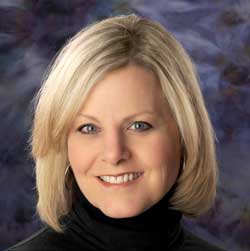 level Orff certification from UC Santa Cruz and the University of Memphis and attending the international course at the Mozarteum in Salzburg, Austria. She is a composer, recording artist, choreographer and accomplished vocalist. Her compositions, choreography and musicals have been commissioned for community projects with children and dance companies such as Kaleidoscope and Enertia of Seattle and local children’s theatre groups. Ms. Nichols has taught all ages in both the public and private sectors and has presented multiple workshops for state, national and international conferences. She was the guest presenter for The Chinese Orff Association in 2010, where she trained 150 teachers from the various provinces and returned in the fall of 2013 to extend that work. She has designed and implemented courses for educators in music through movement, academic integration and brain-based learning. Currently, she teaches kindergarten at Southworth Elementary in Yelm and directs The Olympia Peace Choir, which she founded. Ms. Nichols is the author of several books and recordings for educators and children. The core of her work is to encourage others to become aware of their abilities and gifts through the magic of music and movement.

Advocacy Statement
“I am grateful to be asked to participate in the AOSA online auction. There has never been a more important time to support the vision and philosophy of Orff Schulwerk as championed by the American Orff-Schulwerk Association. People are becoming isolated and disconnected from each other as they rely more upon second-hand experiences through media and technology. It is essential to do whatever we can to nurture the roots of the Schulwerk, which has at its core collaboration, connection and creativity. Each year, the AOSA professional development conference awakens some new level of growth, curiosity and perspective I had not considered before. It has literally been a life changing process and I hope that by participating in this auction, we can provide a way for anyone to enjoy those benefits.”

Publications
Kerri Lynn’s books and CDs are published through Beatin’ Path Publications. CD’s can also be downloaded from iTunes and CD Baby.

Books:
Once A Round
Inspirations
Music & Movement for Munchkins
Music Moments To Teach Academics
Joy Full Noise
Rejoice With the Drum & Voice
Let The Little Ones Come
CD’s:
Music For Dancers
Music For Dancers, Too!
I Am The Song
Music & Movement for Munchkins (2-set)
Articles:
From the Classroom: Practically Orff-Schulwerk (Orff Echo)
An Artist Leaps Out of the Box: Interview with Cathy Ross (Orff Echo)
Life Links: from body to mind and spirit (Orff Echo)
The Work of Children Is Play (Orff Echo)
The Parallel Pedagogies of Creative Drama and Orff-Schulwerk (Orff Echo)